These days there are many ways companies can choose to advertise their goods or services. It can be via email marketing campaigns or through social media adverts. People can use blogs, or create commercials suitable for radio or television.

Billboards come under the heading of traditional advertising. They combine both words and pictures, and were used as far back as the mid 19th century. As a result, people may be tempted to dismiss this advertising method as outdated, ineffective and obsolete. In actual fact, the opposite is true. Companies continue to plow money into billboard advertising. In return for displaying engaging adverts, businesses reap the financial benefits through the resulting sales. This article will explain some of the reasons why billboards continue to be effective channels for advertising.

People Will Always See Them

For as long as there are people, there will be an audience. One survey reveals that 98% (that’s nearly everyone!) of people will see a billboard every week. Part of the success of outdoor advertising is due to the continued popularity of motor travel. Users of public transport also contribute to this. When the passers by read the billboards, companies are enabled to promote their brands through advertising.

Some businesses go beyond billboards and promote their brands on wheels. This is another type of traditional advertising that still generates sales and is considered one of the most creative strategies. Instead of billboards, business owners sometimes use different promotional trucks and get their brands moving on the streets. This is another possible way to drive attention outdoors.

When the current pandemic has been dealt with sufficiently, many home workers will return to their workplaces on a daily basis. People sitting in trains become captive audiences, reading the posters as they travel along the stations.

They Can’t Be Ignored

People who use the internet or their smartphones can become exasperated over adverts. This is because they appear almost constantly. That’s why the term ‘digital saturation’ has been coined.

Fortunately there are many ways people can fight back. They can subscribe to Spotify to lose the ads, and on Youtube they can press the ‘skip ad’ button. Internet users can install ad blockers and close annoying pop-ups with a click. On Facebook or Quora they can simply scroll down. In contrast, if someone sees a huge billboard they can’t remove it from view.

Placement Can Be Strategic

No business would wish to pay for a billboard on a little-used station or road. Instead they will have the adverts visible where there are crowds of commuters near busy stations. When motorists approach turn-offs they will be looking for road signs. Once again billboards can be placed in direct view. Even if a car is travelling at speed the occupants will be able to read the key elements on the poster.

Social media pages will only be viewed by a limited number of people, or a certain type of viewer. In contrast, a billboard can be seen by a wide spread of the population, without any upper limits. For this reason, there are currently around 370,000 active billboards in the United States of America.

Most People Read The Message

Imagine if people only remembered a character or joke from a commercial, but not the product being advertised. This would be a marketing failure. Obviously it is important that a billboard’s message is simple and easy to read. If this is the case and the poster is engaging, it may be successful.

According to a Nielson study, most people look at what is being advertised on billboards. Two different studies said 71% and 50% of consumers are likely to do so. On the basis that most billboards remain in place for between two and three months, that’s a potentially high audience.

They Can Be Memorable

Eye-catching posters are what businesses need. If someone is approaching a billboard it may be ahead of them for several seconds. Alternatively a person may be walking alongside it. Due to their frequent large side, this can maximize the visibility. Having said that, a well-designed and attention-grabbing banner may only require a few seconds for the message to hit home.

According to science, peoples’ concentration spans last for 8 seconds. That’s enough for someone to get the gist of a poster. If a radio or television advert lasts for thirty seconds, there are no guarantees the listener hasn’t phased out from concentrating.

Research has proven the fact that billboard adverts can be memorable. It found that 26% of people visit the relevant stores after seeing the banners.

People will often trust mainstream companies more than little-known ones. If they see an insurance company advertised on television, the public will assume they are large, prosperous and have been around for many years.

The same thing can be achieved by companies who frequently appear on billboards. When the public repeatedly sees them, they will assume they are a household name even if this is not the case. (Interestingly, billboard advertising is 80% cheaper than using television).

There Are Digital Options

Let’s face it: technology has impacted almost every area of our lives. Over the years, traditional printed posters were replaced by those produced by computer, and printed on resilient vinyl paper. In recent times, some billboards have become electronic. These posters can be visually enhanced thanks to backlighting and luminous colors. Instead of being static printed posters, companies can feature eye-catching visual effects and animation.

These modified billboards are not just an aberration. Statistics reveal that there are at least 7,800 such billboards in use across the USA.

They Have A Future

Rather than being a thing of the past, billboards are set to remain in use. Rather than replacing them, science has enhanced billboards through the use of digital technology. Once again research speaks for itself: 7% of the total advertising budget is spent on outdoor adverts. That amounts to $6 billion.

Billboards are a unique voice that can be heard in the marketplace. They are a microphone that can broadcast brand awareness, and promote both goods and services. They can become a magnet for sales and customer interest, and create both enduring clients and a long lasting reputation.

As with all marketing channels, billboards become most effective when they are used alongside other advertising methods. Companies can use paper banners, but also post adverts in magazines and online. They can use digital billboards, but also use television and radio.

Allen Brown is a dad of 3 kids and is a keen writer covering a range of topics such as Internet marketing, SEO and more! When not writing, he’s found behind a drum kit. 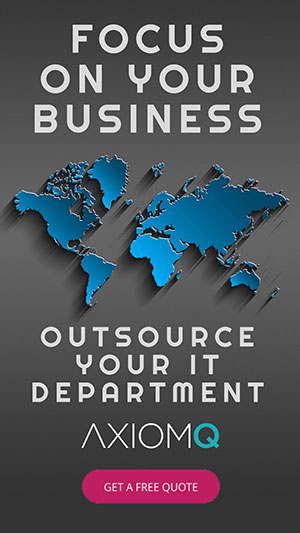