The final piece of the puzzle! How to become Principal Engineer and an Engineer of Distinction.

Our series of blogs took us on path a programmer takes from as early as his apprenticeship days, across various Engineering posts, such as Senior and Software Engineers, all the way to a Staff Engineer, responsible for handling multiple projects and teams.

Not many people advance thus far, and even less become Principal Engineers, in charge of the entire organization. However, there is one more step on the road to programming stardom and that is the post of an Engineer of Distinction.

If you are talented, hard-working, and persistent enough (in that order) you might work as these engineers one day, so don’t miss this chance to find out what their work consists of.

You’re the man (or woman). No, literally, the whole company structure funnels upward to this post which is responsible for the whole organization. If there is a failure, he is likely to be blamed since it is up to the Principal Engineer to set the technical path and directions. He fully understands the impact of business decisions and choices and he is not afraid to make them.

The decision-making process involves not only envisioning things, but conferring these visions to others. A Principal Engineers is expected to anticipate challenges across the organization much prior to their actual occurrence and react by devising preventive measure and successfully executing them.

The facilitation of an internal discussion is crucial to this post, since achieving consensus from the entire team ensures that they all take the same professional direction. In this sense, a Principal Engineer inspires other engineers by directing their work in a way that has been commonly agreed on. He or she therefore serves both as a role-model and a mentor to every single member of the technical team, which lies at the heart of any IT company.

Make no mistake; a person suitable to become a Principal Engineer is hard to come by. The already established ones spend years and years at this post working for their respective companies. They possess a unique combination of unparalleled dedication to the craft and a fervent desire to progress from Staff Engineers. Since this is the case, it is even rarer to meet an Engineer of Distinction, the apex position of the entire industry and a dream of innumerous young programmers.

This is pretty much it. The skills of the few lucky ones who become Engineers of Distinction have outgrown the scopes of the biggest companies, and their reputation now spans the entire industry. They can truly be deemed as leaders, since they have made and constantly make breakthroughs and are in charge of projects which several organizations depend on.

Principal Engineers, whom we described as top-dogs, now seek guidance from Engineers of Distinction since not all organizations have the resources to employ them. Actually, very few IT firms have the capacity to sustain such an esteemed position, but if they do, they keep this individual for years on their team.

Work-wise, an Engineer of Distinction is also in charge of communicating multi-year technical strategy and taking the helm of the team. His main task is to identify the strategic areas in which further development will be directed in.

In the end, we notice that due to the enormous responsibility and workload both posts described entail, there are not many programmers that would qualify to fill in the shoes of Principal Engineers or Engineers of Distinction. As the industry grows, however, we could expect a rise in the number of these engineers, but mind you, this does not imply that the required skills level would go down, quite the contrary.

To sum up, a career is the IT industry is nothing to shy from, especially if one has the proper higher education for it. Each stage a programmers climbs up the imaginary ladder to success is a reward for mastering the craft. Therefore success in the programming profession is more of a journey than a destination in itself.

Now that you are familiar with all the stages, you are ready to become a Pre-Apprentice and perhaps go all the way, for as the famous Chinese philosopher Laozi once famously said: “A journey of a thousand miles begins with a single step.”

How Software Helps You Grow Your Business

8 Largest eCommerce Companies in the World and No, Alibaba is Not the Largest Chinese eCommerce

An Advanced Guide to Keyword Research for SEO in 2020

We Can Help You With Programming! 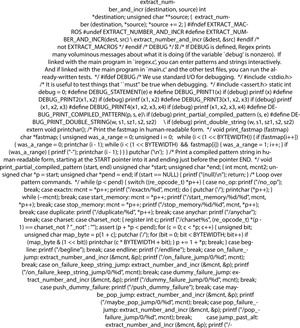 With more than 20 years of experience, we can really tackle every programming problem.
Try us!