Blockchain has moved beyond the financial sector. Today, businesses and startups of all types are using this technology in a variety of applications. That includes using blockchain in marketing. As it turns out, doing so can be quite beneficial.

It should really come as no surprise that the marketing industry is embracing blockchain technology. For one thing, there are few industries that lean forward more than advertising and marketing when it comes to accepting new ideas and technologies. In fact, technology is the driving force behind some of the most influential trends in digital marketing. Now think of one of the biggest challenges faced by marketing professions, credibility. Blockchain was specifically designed to increase trust and to help ensure accuracy.

Currently, there are several use cases for blockchain in the marketing industry. Below, we’ll explore five that really stand out for their usefulness and relevance.

The current model of PPC advertising has a high risk of fraud. In fact, more than one in five pay per clicks has shown to be fraudulent. That’s pretty disheartening if you are relying on PPC ads to reach your target audience.

Every fraudulent click represents money lost, but that’s not all. Marketers use data they collect from their PPC ads to measure the success of their campaigns and to influence decisions they make moving forward. Fraudulent clicks result in bad data. That ad campaign that seemed to go gangbusters might actually be a bit of a flop, this can lead to bad business decisions in the future.

2. Using Blockchain to Increase The Reliability of Customer Data

There’s no doubting the power and value of customer data. This forms the foundation of advertising and marketing campaigns. It informs how brands tailor their messaging to their target audience. There are so many tools available for collecting and analyzing data, one would think this information would be spot on. In reality, that isn’t the case.

Incomplete and poor quality customer data makes it difficult to develop campaigns that work. What’s the issue? There are too many assumptions. Campaigns are built around information derived from data that may not be that accurate in the first place.

The best place to get data is from the customer themselves. The challenge is getting them to share. Now, more than ever, people know the value of their data. In fact, in the near future, Facebook and Google may be forced to tell you exactly what your data is worth.

So, how do marketers get accurate data that they can act upon? They combine blockchain with crowdsourcing. The idea is to get customers to share their data freely in order to get something in return.

Blockchain technology handles the verification side of things. It verifies that the people giving the data are in fact real people, not bots. It also makes that data available via a decentralized market. Crowdsourcing enables companies to reach large numbers of people. The result is that marketers get data they can use. Consumers receive compensation rather than feeling frustrated that their data is being collected without their consent.

Reach out to influencers and build relationships with them. Use influencers in your campaigns to grow your audience, and make your brand more credible. That’s good advice! It’s marketing 101. Unfortunately, there’s a risk to this strategy.

Not all influencers are as influential as they claim to be. Wanna be influencers can fake their credentials. They can buy followers, most of which are bots, abandoned profiles, or sold accounts. Marketers who compensate these influencers for their assistance are simply wasting their money.

Blockchain can also create an influencer ecosystem that is based on results, not claims. Rather than paying an influencer, then hoping for the best, smart contracts can be used to set conditional payments. This way, influencers only receive payment when certain metrics have been met, or they have completed certain actions. For example, a smart contract could be set up to release payment to an influencer after a certain number of followers or subscribers have been gained through the influencers social networks.

It’s important to keep in mind that this protects legitimate influencers as well. Brands can’t simply refuse to compensate them with claims that their influence didn’t benefit them. Imagine trying to establish yourself as an up and coming influencer in your industry. You can use blockchain technology to inspire confidence in your potential clients. This, combined with great influencer content created with the help of tools such as Canva, Trust my Paper, Grammarly, Grab my Essay, WhiteSmoke, and Studicus can help create influencer marketing initiatives that really work.

Gift cards are a common reward in loyalty programs, but they can be problematic. One issue is that customers rarely spend down a gift card to zero dollars. Instead, they find themselves holding on to cards with unspendable amounts of money, or just pitching them in the trash. In other instances, geography or other problems make it difficult to spend gift card funds.

Darren Reeves is a marketing analyst at WowGrade with experience in measuring customer loyalty campaigns. He’s excited by technologies that increase the success of these programs. He says, “With blockchain technology rewards points and gift coins can be converted into digital currency. This can be stored in digital wallets until there is enough to cash out, or spent online.”

Blockchain also reduces loyalty program fraud concerns, provides more flexibility when redeeming rewards, and reduces user frustration relating to redemption rates. This increases customer engagement, which is the goal of these programs in the first place.

Affiliate marketing partners publishers with brands to promote products by linking to them in content and elsewhere on blogs and websites. When a publisher’s readers click the affiliate links and make a purchase, the publisher gets a cut.

In most cases, there’s an affiliate network managing things. These networks collect a share of the profit. As always, having this middle man reduces the profitability of affiliate marketing. That reduces the incentive to get involved.

By implementing blockchain technology, brands and publishers can work together directly without involving affiliate networks. One example of this is Hoqu. This platform eliminates the middleman, allowing merchants and publishers to work together, and save up to 45% in transaction fees. Instead, there’s a .5% commission paid per smart contract.

Blockchain technology also provides transparency in the areas of identity validation, payment automation, and click verification. This increases trust between merchants and publishers. As a result, when a publisher makes a recommendation to their audience members, they can do so with confidence.

Final Thoughts on Blockchain in Marketing

It’s clear that blockchain has the potential to cause real disruption in the marketing and advertising space. The use cases above are just five examples of this. As the use of blockchain technology becomes more widespread, we’ll surely see blockchain used in a number of marketing applications. It will be interesting to see what unfolds over the next few years.

6 Things to Know About Keyword Research

6 Ways Computer IT Support Is Useful To Businesses

Want to Make Digital Marketing as a Side Hustle? Here’s How

8 Proven Tips That Can Help Boost Your Career Prospects

How And Why To Quickly Master WordPress Development

Want To Start Your Own eCommerce? 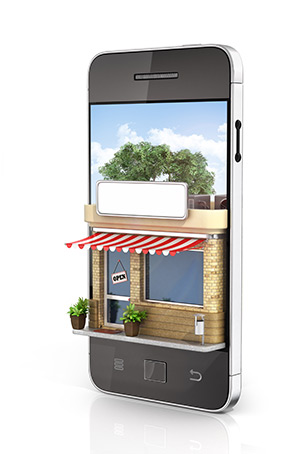 Your web store could be up and run in less time than you have ever thought it is possible!
Leave everything to us!

Ready For a Serious Web Store? 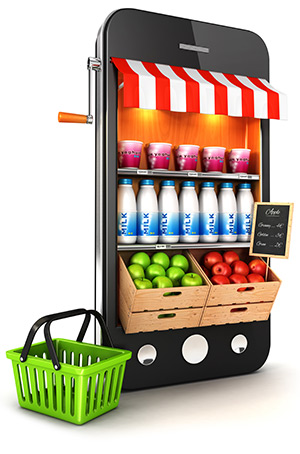 We can handle all tech stuff, maintenance and digital marketing!
All you need to worry about is to meet demand for your goods… 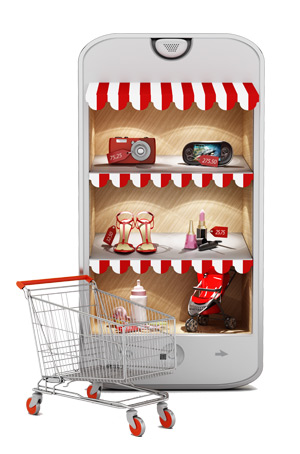 Let’s launch your business to the next level!
From an initial business analysis to a final customized web store!